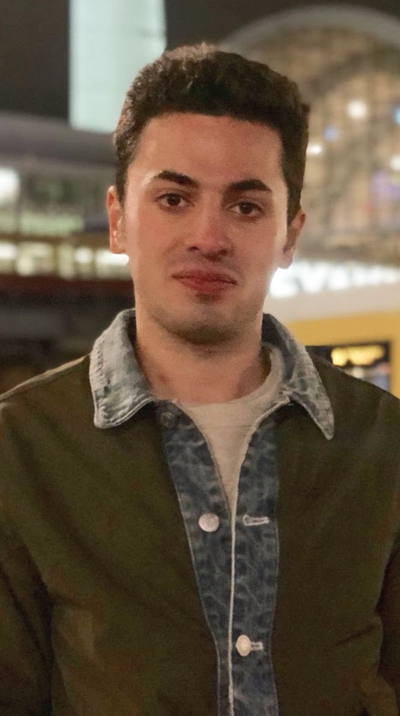 Bachuki Shashikadze received a Bachelor’s degree in Chemistry from Agricultural University of Georgia in September 2017. His Bachelor studies were interdisciplinary with reinforced teaching in chemistry and biology. In September 2019, he gained a double Master’s degree in chemistry (SERP+ program) from the Université Paris-Sud (France) and Adam Mickiewicz University (Poland). International Master’s program aimed at training in the most advanced experimental and theoretical tools in the physical chemistry and photochemistry of biomolecules. During the Master’s internship, he investigated the oxidative damage of human and plant proteins to find new biomarkers and establish novel anti-oxidative therapy. He showed the protective effect of iodide against protein aggregation and misfolding under oxidative stress. In parallel, he also experienced in recombinant protein synthesis and purification. He won the young investigator award for this research in an international conference organized by the society for free radical research (SFRR-E). He also worked as an intern in the Center for Biocrystallographic Research, on the project related to structural biology and refined the high-resolution RNA structure with unusual base pairs. Recently he has joined the Laboratory for Functional Genome Analysis (LAFUGA), proteomics group, under the supervision of Dr. Thomas Fröhlich as an early-stage researcher in the framework of Marie Sklodowska Curie ITN.

Research focus: Investigation of the effect of maternal diabetes on the proteomes of various tissues from neonatal offspring of transgenic pig models for (pre)-diabetes. Furthermore, proteomes of blastocoel fluid from rabbits will be analyzed to explore the influence of maternal diabetes on the embryos inner cell mass environment. For all experiments, the latest mass spectrometry-based technologies will be used.

This website uses cookies to ensure you get the best experience on our website. By closing this banner, scrolling this page, clicking a link or continuing to browse otherwise, you agree to the use of cookiesGot it!